The story of Martha and Mary has been interpreted fairly consistently over the centuries. Mary’s silent contemplative pose at the feet of Jesus has been affirmed while Martha’s action-oriented focus has been seen as a less desirable stance. To be a “Mary” is to “choose the better part”. To be a “Martha” is to be “anxious and distracted about many things”. Some interpreters have re-evaluated this reading of the Martha-Mary story. They have drawn attention to the many voices that inform the gospels and have suggested that this particular text reflects a struggle in early Church communities over the role of women in leadership and ministry. One voice in the text comes from those who want to downplay the initiative of women like Martha and to affirm the silence of women like Mary. The same voice functions to pit the two women against each other and to cast Jesus in the role of arbiter between them, approving Mary’s choice against Martha’s. This voice has had the effect of creating a false dichotomy and of reducing the women characters to exemplars of active ministry on the one hand and of quiet contemplation on the other. In other words, the negative judgement of Luke’s Jesus reflects the views of a certain group in Luke’s house churches rather than the words of Jesus of Nazareth.

A more women-friendly voice sees Martha as the householder who welcomes or receives Jesus into her household church. This is possibly the voice of a circle of women disciples who preserved memories of women like Martha and Mary in less divisive ways. For these women disciples, Martha is a generous host who draws on earth’s resources for the sake of the community. She welcomes those who share faith in Jesus and who listen to his words, among them her sister Mary. The designation “sister” does not necessarily denote blood relationship. Mary may be one among many sisters and brothers in faith who gather to hear the teaching of Jesus and to share Martha’s hospitality. According to the narrator, Martha is “pulled in every direction” (periespato) by many ministerial tasks (peri pollēn diakonian). There is no indication in the Greek text that she is distracted, as the English translation would have it. This is in contrast with the subsequent evaluative comments of the Lukan Jesus. The expression “anxious and troubled by many things” services a negative interpretation of Martha’s exercise of leadership.

This story belongs within a broader Lukan canvas where women provide the model for leadership but are more often than not excluded from its exercise. This Lukan tendency is in contrast with ways that women are presented elsewhere in the gospels, especially in John’s gospel. Pope Francis speaks of an integral ecology that calls us to both social and environmental justice (Laudato Si’ ch.4). We sometimes forget that gender justice, which is at the heart of social justice, forms a constitutive part of an integral ecology.

Christ in the home of Mary and Martha. 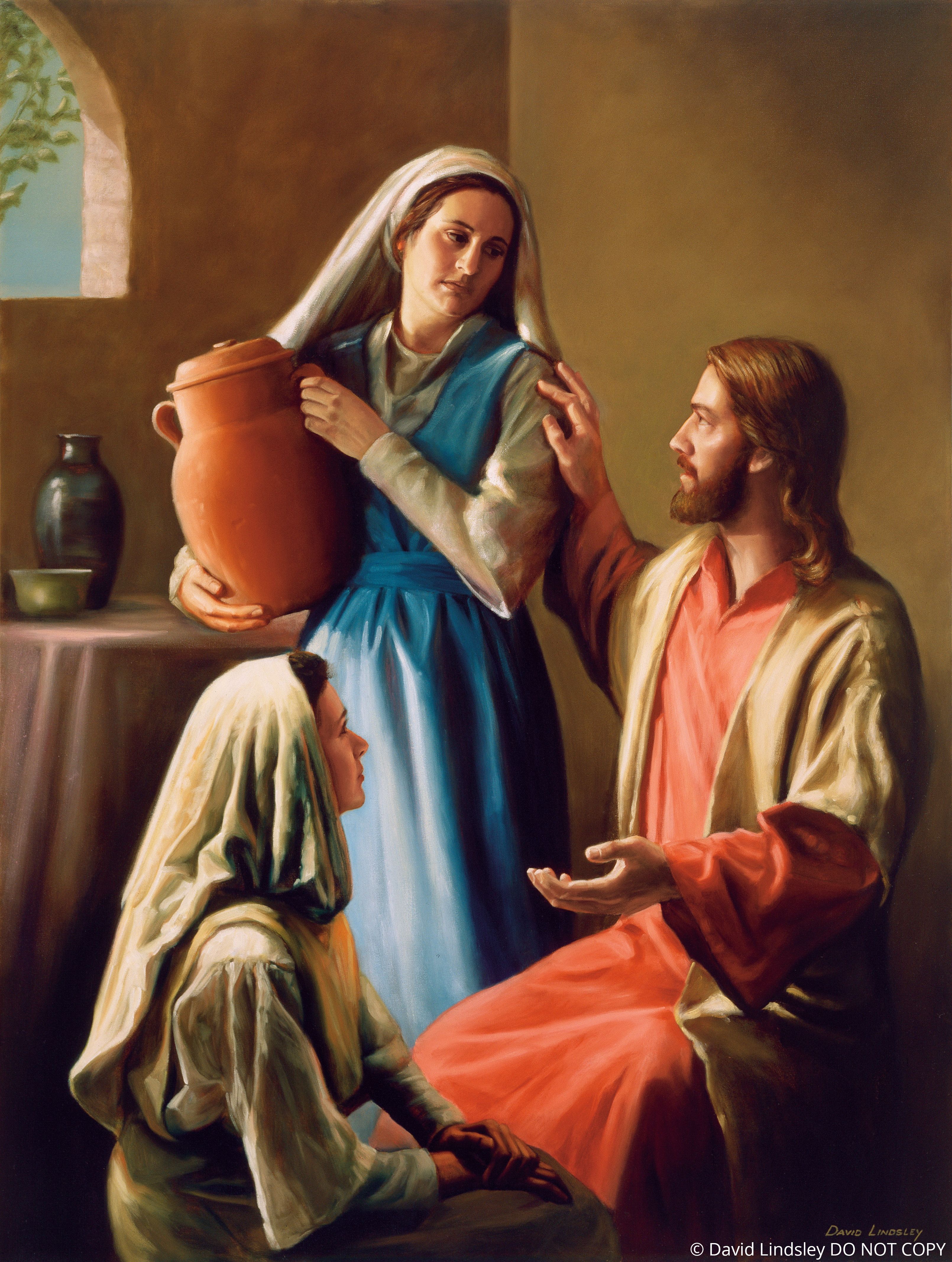