The present ecological catastrophe calls us to new ways of being neighbour. We used to speak in terms of thinking globally and acting locally. If we are to be neighbour in our times, we need to think cosmically as well as globally and to act globally as well as locally. Thinking cosmically means embracing the entire fourteen-billion-year story of our expanding and evolving universe. It means accepting our cosmic identity and our intimate connectedness to the whole of creation. Thinking cosmically elicits wonder and respect for all created being and especially for God who is the Source and the Sustainer of all that exists. Cosmic thinking provides a context for acting globally and locally, for being neighbour in our local and global environments.

Today’s gospel story is about being neighbour. It foregrounds the human characters and their relationships with each other. The lawyer who questions Jesus is trying to catch him out. He addresses Jesus as “teacher” and Jesus demonstrates that he is indeed a teacher when he puts the question back to his interrogator and invites him to answer his own question. Like Jesus’ audience, this legal expert knows the Jewish law regarding love of God and love of one’s neighbour. He answers Jesus’ first question correctly. This leads to another “test” question: “Who is my neighbour?” The lawyer would know very well that, for a Jew, the neighbour was another Jewish male.  Jesus responds with a subversive story that ends in yet another question: “Which of these three, do you think, was a neighbour to the man who fell into the hands of the bandits?”  The lawyer cannot avoid the obvious answer, though it would cost a Jewish legal expert dearly to admit that a Samaritan could be neighbour to a Jew in need. Rather than utter the word “Samaritan” he answers obliquely with the words, “the one who showed mercy”.

The Samaritan in the story is said to be “moved with compassion”, literally “moved in the depths of his being”. The Samaritan befriends the wounded traveller and draws on earth resources to care for him: fabric to bind the wounds, wine and oil for healing, his “own animal” as transport, finance for accommodation, companionship at the inn, provision for ongoing care. The story offers the shocking suggestion that a Samaritan knows more about love of God and of neighbour than do those who officiate in temple worship, namely the priest and the Levite who “pass by”.

Cosmic thinking invites us to focus not just on the human characters from different cultures and social strata in this story, but also on the neighbourly animal, on the fruit of the vine and of the olive grove and on the silver, coins formed of material derived from cosmic activity, extracted from the earth and ultimately engaged as signs of compassionate neighbourly love.  It invites us to reverence all of creation and the Creator of all that is. 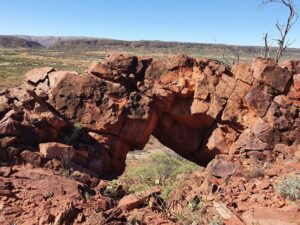