Reflection on the Gospel-4th Sunday of Advent Year B

We are all familiar with Luke’s story of the annunciation, a story that has inspired artists through the ages. God’s messenger, Gabriel, approaches a young Galilean Jewish woman, Mary of Nazareth, and greets her as God’s graced one. The angel’s greeting to Mary is unique. No other person in the Christian scriptures is addressed as “favoured one” or “graced one”. The Greek form kecharitōmenē contains within it the notion of grace, charis in Greek. It can also mean “mercied one”.

Mary is troubled by the angel’s greeting, succinct as it is. After being addressed as “favoured or mercied one”, she is told only that God is with her. She knows the traditions of her people. She knows that those said to be the graced or favoured of God (Noah and Moses and Gideon and Samuel) are called to be agents of God’s saving action and to carry heavy responsibilities. Now a young woman is called to be God’s agent. In a formula that forms part of angelic announcements of birth, the angel tells Mary not to be afraid and reassures her by stating explicitly that she has been graced by God. The angel then proceeds to announce the conception and birth of the child she is to name “Jesus”. This child will reign forever. The prophecy of Nathan, recounted in today’s first reading, is to be fulfilled in the conception and birth of Mary’s son who is also, and especially, God’s son in the line of David who in his turn was first of many “sons of God” called to rule with the justice and the wisdom of God. In the face of almost constant failure on the part of the kings, later prophets projected Israel’s hope into the future and looked for one who would truly have the characteristics of God, who would truly be “son of God”.

Mary’s response to the angel, “How can this be…?” echoes the prayer of David in the continuation of today’s first reading: “Who am I…and who are we that you have brought us to this point?” (2 Sam 7:18). Mary learns that God’s dwelling place is her own human flesh and that this extraordinary event will be accomplished through the grace of God and the power of God’s Holy Spirit. Mary is also to learn that her cousin Elizabeth with conceive a child despite her age “for nothing will be impossible for God.” The mysterious workings of God in our world invite the response of Mary: “How can this be…?” As we approach the celebration of the ongoing comings of the Christ into our world, we might pause to wonder at the goodness of God at work in all that incarnates the grace and mercy of God. Let us give thanks in the spirit of today’s gospel for the deep incarnation we celebrate at this time, even if pandemic continues to place limits on our communal celebrations. 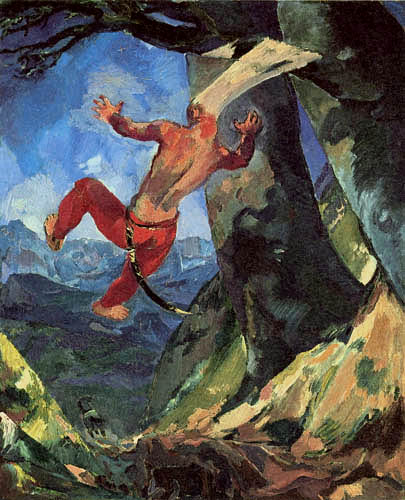