Gospel Reflection for the Fourth Sunday of Easter Year B
John 10: 11-18

The liturgy for Good Shepherd Sunday invites us to reflect on Jesus as the noble or good shepherd of the believing community. “Shepherd” in its literal sense is not really part of our 21st century vocabulary, and yet we use it metaphorically, as a verb or as a noun. Its verbal form connotes care and compassion, protection, guidance and tender relationship. In John’s gospel, Jesus rightly claims for himself the title “good shepherd”. He contrasts the good shepherd or leader with the leader that fails to care for the flock. Knowing one’s sheep, staying with them in the face of mortal danger and being prepared to die for them are marks of the good shepherd.

There are echoes here of the Hebrew Scriptures, particularly of Ezekiel 34 where the “shepherd/sheep” metaphor describes the leaders of Israel in their relationships with the people. There are likewise echoes of an early second century description of the Emperor Tiberius in whose reign Jesus of Nazareth was executed, precisely because he did not abandon his “flock”. The Roman historian Suetonius has this to say of Tiberius: “To the governors who recommended burdensome taxes for his provinces, he wrote in answer that it was the part of a good shepherd to shear his flock, not skin it” (Suetonius, Life of Tiberius 32.2).

In the pre-industrial biblical world and early centuries of the Common Era, the “shepherd/sheep” metaphor was heard by an audience that enjoyed a much closer relationship with sheep and their human carers than do most people today. In my country, for instance, there are 63.7 million sheep and some 25 million people. In other words, the ovine inhabitants of Australia significantly outnumber the human. Yet most of our highly urbanised human population knows its sheep only in their disembodied forms. The human-ovine relationship is, for the most part, reduced to that of consumer and consumed. Sheep are valued, not for their intrinsic goodness as creations of a loving God, but rather as commodities that provide food and clothing for the human population. We now know that modern domesticated sheep evolved from creatures that pre-date modern humans. We might take time to consider the implications of this for our relationship with the other-than-human inhabitants of our planetary home. Our reflections might include some consideration of the wisdom or otherwise of continuing to breed these creatures for human consumption, often at the expense of environment.

Good Shepherd Sunday provides us with an opportunity to move beyond our human-centred views of the world and our human-centred interpretations of our sacred texts. We might hear a call to value the realities that underpin gospel images such as the Good Shepherd/sheep metaphor. We might also hear a call to expand our appreciation of all the inhabitants of our planet. To be good shepherds in our time is to embrace the whole Earth Community with reverence and compassion. 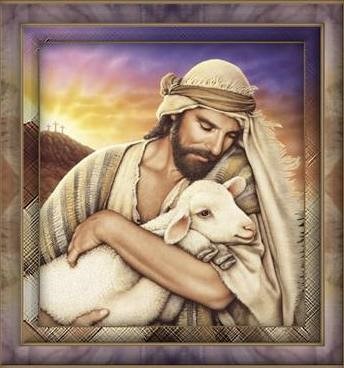