The celebration of Mary as Mother of God has very ancient roots. Mary was venerated in the East from the early third Christian century as theotokos, a Greek term that means God-Bearer. This designation for Mary was affirmed by the Council of Ephesus in 431 CE. The subsequent Council of Chalcedon in 451 CE, in the face of arguments to the contrary, declared that Jesus was both fully human and fully divine, and that Mary could rightly be called theotokos. The title “Mother of God” is a loose equivalent of the designation theotokos. It affirms the Christological affirmations of Chalcedon and reminds us of the fullness of the humanity and the divinity of Jesus of Nazareth. It also reminds us of the extraordinary role of Miriam of Nazareth in the mystery of the Incarnation.

At Christmas, the liturgy invites us to focus on Luke’s story of the birth of Jesus of Nazareth and John’s reflection on the Word made Flesh. Today’s liturgy shifts the focus ever so slightly to Mary, through whose “yes” the mystery of the Incarnation is realized. Today’s gospel takes up the Lukan account of the birth of Jesus. Mary has given birth to her son, wrapped him in bands of cloth and laid him in a manger, a feeding place for animals in the lower level of the house. An angel has announced the good news to shepherds who are tending their flocks in the fields. The shepherds, having listened to the proclamation of the angel and to the heavenly host that joins the angel, set out in search of the child. They find Mary and Joseph and the child lying in the manger, just as the angel has told them. The shepherds, outcasts in their society, have become the agents and proclaimers of the good news of salvation.

The all-knowing narrator tells us that Mary treasured or carefully preserved all these happenings and pondered them in her heart. A little later, we hear the story of the twelve-year-old Jesus going up to Jerusalem with his parents for Passover and staying behind in the temple where he teaches the teachers. Mary and Joseph listen to his explanation about remaining “in his Father’s house” or “being about his Father’s business” though they fail to understand. The narrator tells us that “his mother treasured all these things in her heart.” While a different Greek verb is used for “treasured” in this passage, the meaning is the same as in today’s gospel passage. Mary has to struggle to comprehend the ways of God in her life. She is presented as a grace-filled woman forever pondering the mysterious ways of God. As the New Year begins, we too are called to “ponder” and to treasure “all these things” in our hearts, trusting that their power will transform our lives even if, like Mary and Joseph, we do not always understand. 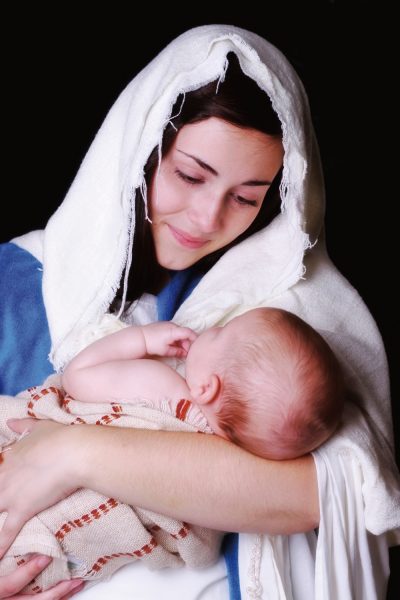