The advent of yet another La Niña is testing the faith of those whose lives have already been affected by devastating flood waters. It is testing the faith of those who have devoted their energy to speaking truth to power about the need for action to mitigate the effects of climate change. The strength to remain faithful in the face of adversity, the capacity to forgive, and the courage to do what we ought to do without seeking recognition or reward are perennial challenges for most people. And yet so many remain steadfast, finding the strength to forgive those who fail to listen and the courage to do what must be done for the sake of our common home.

Today’s gospel reading brings to closure the central section of the long journey narrative that recounts the teaching of the Lukan Jesus on his way from Samaria to Jerusalem. The “apostles” ask Jesus to increase their faith. Their request is in itself an act of faith. Jesus has been telling them to be on their guard. He has been emphasising the importance of endless and unconditional forgiveness. These disciples are well aware that to keep on forgiving those who offend repeatedly is not easy: it is in this context that they ask him to increase their faith. Jesus responds by insisting that even the smallest amount of faith can work wonders. His metaphorical language stretches the imagination. Even transplanting a mulberry tree from land to sea becomes possible through the power of a faith-infused word! They have no answer to this.

Luke seems to be invoking “faith” in much the same way as does Habakkuk in today’s first reading which closes with a comparison between the proud whose “spirit is not right” and the just who “live by faith” (Hab. 2:4). The Hebrew word for “faith” in this passage is probably better translated as “fidelity” or “faithfulness”. For the Lukan Jesus, a little fidelity or faithfulness goes a long way. Among other things, it enables us to keep on forgiving even wilful ignorance and to keep on acting for justice.

Finally, Jesus puts a number of questions to his disciples, questions that align their status with that of slaves in the service of a master. His questions provide a stark contrast with an example he has offered earlier in the gospel where the slave master serves the faithful slaves (12:37). These questions are consistent, however, with his insistence that true disciples do not seek the reward of honour or recompense for their service. Jesus’ followers must admit that their service is “unprofitable” in that it is no more than is required of them. Power, status, wealth acquired at the expense of others, refusal to forgive, all run counter to the path of gospel fidelity. To live by faith in our times is to be humble, forgiving, just and unremittingly attentive to the cry of the earth: some thoughts to take with us from Season of Creation 2022. 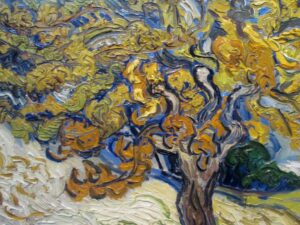