This weekend we celebrate the second of eight Sundays of the Easter Season that culminates in the Feast of Pentecost. In other words, we recognise that the liturgical readings and prayers for each Sunday between Easter and Pentecost invite us into different movements of the one great symphony of resurrection faith.

The first scene in today’s gospel has the disciples hiding behind closed doors “for fear” of those who had handed Jesus over to be executed by the Roman authorities. Again, it is the first day of the week, evoking the first day of creation. Jesus appears among them, offers a greeting of peace, and tells them that he has been sent by God, his “Father”. They receive from him the gift of the Holy Spirit. He sends them in turn to bring peace and to mediate the forgiveness of God through the power of the Spirit.

The story invites us to place ourselves in the shoes of the earliest disciples. It invites us to receive the gift of the Spirit, to emerge from behind the doors that close us in on ourselves and that prevent us from rising above the fear of reprisals in our pursuit of justice and peace. It also invites us to ponder the consequences of forgiving on the one hand and of not forgiving on the other. To forgive another is to release that person from the burden of guilt and shame. Forgiveness opens up the possibility of healing. To refuse forgiveness or to “retain” the sins of another is to leave that person unforgiven and unhealed. We might also consider the consequences of refusing to open ourselves to forgiveness. Those who refuse to forgive others have often failed to forgive themselves for their own shortcomings.

The second and third scenes in today’s gospel focus on Thomas who was not with the other disciples when Jesus first appeared in their midst. Thomas seems to trust only his own first-hand experience. We all know people like Thomas. They test our patience because they seem to lack imagination. They then make big statements when they come around to understanding what everyone else already knows. If we think, however, that those who hear from the outset are any better than Thomas, we need to note that the doors are still closed eight days later! The simple fact of knowing has not dispelled their fears. We all need time to grasp what it means to say that Christ has been raised and, even then, we will not understand fully. Biblical scholar, Margaret Daly-Denton notes that, in the Jewish tradition, “the eighth day symbolized the aeon to come”. Like John’s community we live in “the eighth day”, in resurrection time, the time of the new creation. Easter faith invites us, for the sake of the whole Earth community, to keep living into that reality and to break through the human-constructed barriers, even as we recognise that the full realisation of the new creation belongs to an unknown future. 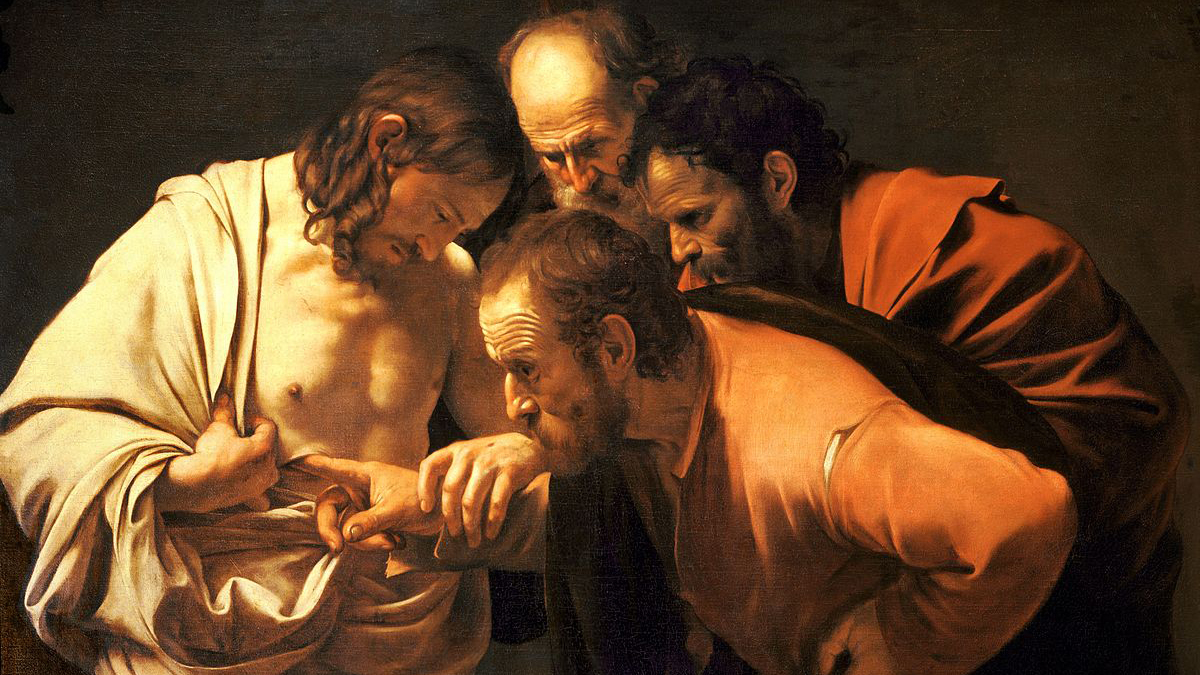