This Sunday’s gospel offers three little cameos about praying and about God’s generous giving. There are two teachings on prayer forming a frame around an enigmatic parable. In the first cameo, Jesus has finished praying and one of the disciples asks him to teach them to pray. Jesus responds as any devout first century Jew might respond. He evokes the words of the Jewish blessing prayer: “May the great name of God be exalted and sanctified, throughout the world. May God’s kingship be established in your lifetime.” Jesus calls God “father”, a metaphor or image denoting the power of God over against the potentially destructive power of the Roman emperor.

The prayer continues with an acknowledgement that bread, the fruit of the earth, is the gift of God: “Keep giving us each day the bread we need.” This is not a prayer for more than we need, but for just as much as we need. The final petitions in the prayer that Jesus teaches are for forgiveness of sin “as we forgive each who is in debt to us” and for freedom from testing. We cannot live without “bread” just as we cannot live without the peace of mind that comes from forgiveness and from the knowledge that God is with us in times of trial such as the present ecological crisis with all its demands for radical change.

The parable that follows has raised questions for interpreters. Is this parable about persistence or about avoidance of shame? These are two very different concepts, but both have been suggested as the motive for the sleeping neighbour’s response to the friend in need and as the proper rendering of the Greek word anaideia. The literal meaning of anaideia is avoidance of shame.  Avoidance of shame makes sense in a culture where one would be shamed by refusal to help a neighbour who is unable to meet the demands of hospitality, especially where one could well find oneself in similar need some time. No one would dream of refusing such a request for help, whether for the sake of friendship or to avoid being shamed, not even those who let it be known that they resent having to get out of bed in the middle of the night.

Persistence in prayer is a desirable quality but it has nothing to do with the parable of the friend in need who asks only once for “three loaves” and can expect to receive them. The translation “persistence” seems to derive from association with the repetition of seeking and searching and knocking, in other words with the sayings that form the third little cameo. Finally, Jesus draws on the experience of his listeners: if flawed disciples know how to give “good gifts” to their children, then they should not be surprised that those who ask for the Holy Spirit will receive this best of all gifts from God as they seek to renew the face of God’s depleted Earth. 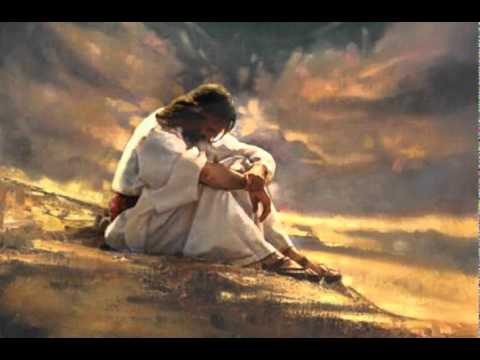