Reflection on the Gospel-1st Sunday of Advent Year C

Today’s gospel passage, with its vivid description of the end-time signs, may seem a strange choice of reading for Advent and the beginning of the Church year. Its depiction of global devastation has a particular resonance in a post-industrial world faced with climate crisis. Some may be tempted to interpret “apocalyptic” events of today as the judgement of an interventionist God. This is far from the truth. Our mindless exploitation of planetary resources has brought its own judgement and we must struggle together to save our planet from further destruction.

Advent and Christmas are about the coming “in power and great glory” of the One who brings the liberation of God. The earliest Christians believed that Jesus would soon return and bring everything to completion. Some decades after Jesus’ death, Luke’s community had come to realize that the “final” coming of Christ was not just as imminent as they had expected. They needed to be reminded that a delayed return was no excuse for lack of vigilance. Luke warns against activities and attitudes that de-sensitize the heart or the human spirit. For Luke, an attentive heart and constant prayer for the strength to withstand whatever comes is the proper stance for the Christian believer. An attentive heart will be attuned to the cry of the earth and the cry of those rendered poor by those who exploit the goods of the earth. The image of Jesus coming on the clouds belongs within an ancient understanding of the structure of the world in which God and God’s heavenly court are located in the heavens above. It might function in our times as a reminder that the Incarnation, “God’s becoming material” (Karl Rahner), is an ongoing cosmic event, not just a once-off event limited to one place and one time.

We might do well to read this gospel passage against the backdrop of today’s first reading from Jeremiah that looks to the fulfillment of God’s promise of the “virtuous branch for David”. The organic metaphor of the branch reminds us of the interconnectedness of God’s people and of all being across the ages. The virtue of the expected descendant of David finds expression in honesty and integrity, literally “justice and righteousness/right relationship”. Justice in the Hebrew tradition is about redress in the law courts for the most vulnerable. Righteousness is about right relationships as well as the equitable sharing and proper use of Earth’s resources. Justice and righteousness are two sides of the one coin. Where they are absent, there is no liberation. Our prayer and practical action this Advent might embrace the plight of the earth itself and the concerns of those who yearn for liberation from various forms of oppression. We might remember those seeking asylum among us and those who have been granted refugee status yet still await the justice of resettlement in our country. Our Advent could make a difference to their Christmas. 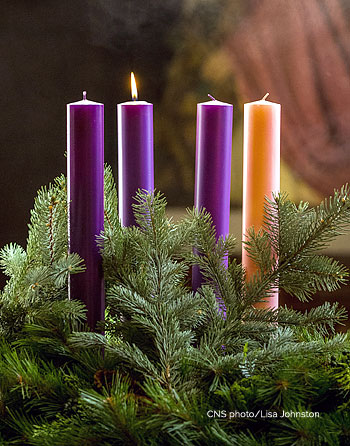