The parable of the Pharisee and the toll collector follows that of the courageous widow and the unjust judge. Luke frames the parable with comments about being just or in right relationship (translated “virtuous”) and justified (translated “at rights with God”). It is addressed to “certain people” who might find a mirror image of themselves in the first of the characters, the Pharisee. Historically, the Pharisees were honorable people, well-versed in Jewish religious traditions and faithful in observing the Law, who made up a very small percentage of the population. In the gospels, they often appear as code for religious leadership that is self-focused, contemptuous of others, and out of touch with the struggle of ordinary people’s lives. In Luke, some of Jesus’ harshest condemnation is reserved for the Pharisees of the gospel.

The Pharisee goes up to the Jerusalem Temple to pray. That is what Pharisees do. More surprising is the identification of the other person who also heads for the Temple to pray, a collector of tolls and customs. Toll collectors were required to pay the occupying forces up front and then recoup the money. They were therefore very susceptible to fraud, so not exactly to be trusted and certainly not connected with proper worship. The Pharisee prays “to himself” or “by himself” or “about himself”: any one of these translations is possible. He prays with his eyes cast sideways towards his thieving prayer companion. He prides himself on going beyond the prescriptions of the Law. The toll collector, in contrast, stands at a distance, eyes cast down, beating his breast, acknowledging his need for God’s mercy and recognizing God as the source of compassion and forgiveness. For an audience who “have confidence in themselves that they are righteous”, this portrait of the toll collector in right relationship with God is confronting.

The language of the toll collector’s prayer, “God be merciful to me a sinner”, evokes the prayer of a young man of Judah who, almost two centuries before, had seen his brothers die for their faith and who was himself facing death. The young man acknowledged the waywardness of his people, praying that God would be merciful to them and deliver them from persecution (2 Maccabees 7:37). The toll collector of the Lukan parable is more in tune with the faith tradition of his people than is its respected guardian, the Pharisee. Once again, right relationship with God and others is less a matter of who we are or what we do than the spirit in which we do it. There is no room for self-righteousness in a gospel way of life. We all need to admit our failings with humility, turn to God for forgiveness, and change our ways. Right now, this is what we are called to do as a human community that has failed to respect the integrity of the natural world and has exploited it for our own selfish ends.  We might learn from the toll collector. 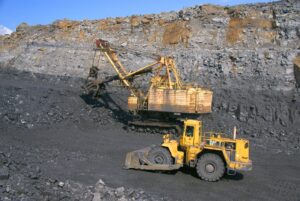