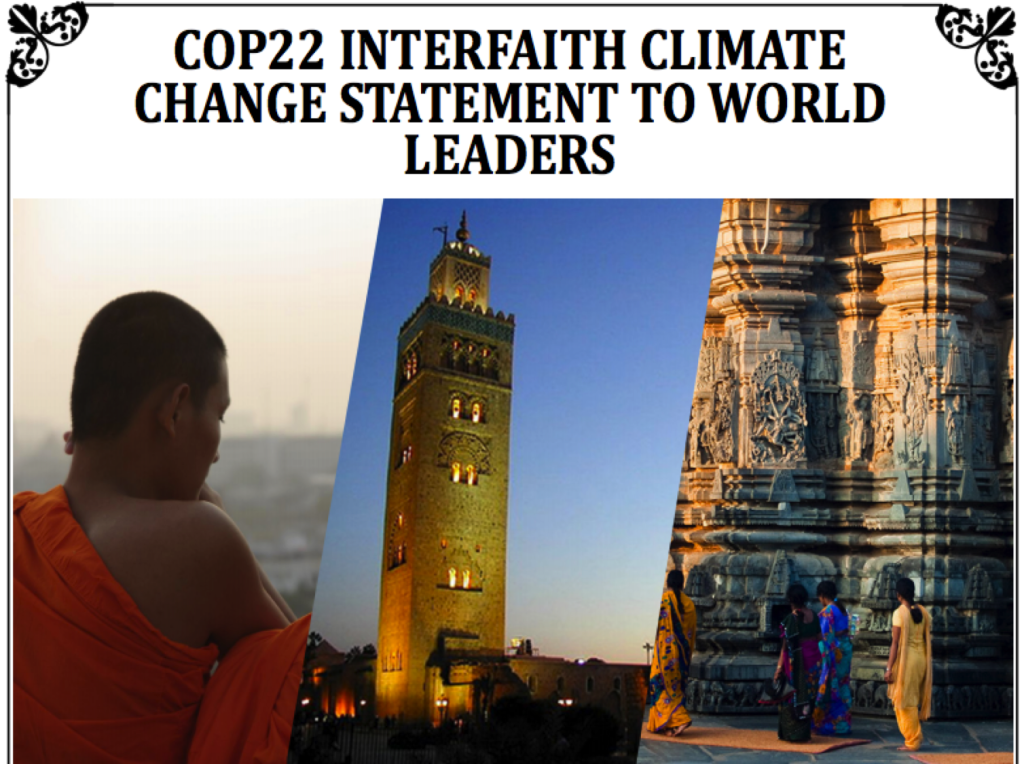 “The world has lost precious time in the last few decades, as countries have held back from acting with wisdom, self-transcendence and care for the global common good. Now change needs to happen at emergency speed. We pull together as a human community, or we all lose.” Sr. Berneice Loch rsm, President of Catholic Religious Australia & Leader of the Institute of Sisters of Mercy of Australia and Papua New Guinea (ISMAPNG) (Christian, Australia)

The Statement includes a call for the following actions:

This is the time to step forward and act as trustees to Mother Earth. Together, by supporting each other’s progress we can go further and faster.