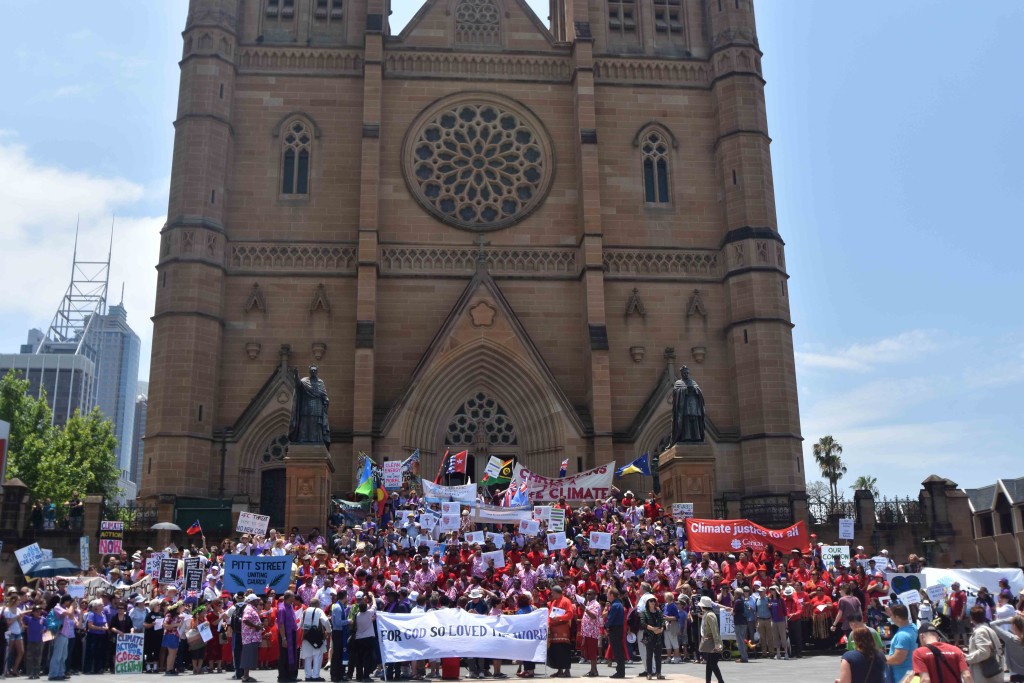 Christians gathered at St Mary’s Cathedral before the Sydney Climate March on Sunday.

Congratulations and THANK YOU for creating a great moment in 2015. This is what people power looks like!

Over three days, hundreds of thousands of people across the country joined us for the biggest climate march Australia has ever seen. Thank you to everyone who walked in the People’s Climate March. We made a united and powerful statement to our leaders on the eve of the Paris Climate Summit.

I watched as each capital city and a huge number of local townships around Australia participated to have our voices heard. In Sydney, my family and I joined 40,000 people and it was truly inspiring to see the diversity in our community come together to march in solidarity for humanity and Mother Earth. Over a thousand Christians gathered at St Mary’s Catholic Cathedral in Sydney before joining the March at the Domain (pictured above). United by our faith and our passion for climate justice and peace, it was something to behold – and something we will never forget!

I would also like to share more exciting news. This weekend, the Global Catholic Climate Movement delivered over 840,000 Catholic Climate Petition signatures to Christiana Figures, leader of the United Nations FCCC, political leaders and the French government in Paris. The event concluded with dancing in the aisles and throughout the hall at St Dennis, started by our own Fr Charles Rue, Columban priest from Sydney (hooray Charles!). Thank you to everyone who signed and promoted the petition over the last six months. 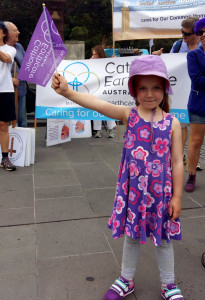 But this is not the end – we have marched to make our voices heard and now is the time for action. Let us join together and pray that world leaders make the right decisions as they gather for the Climate Summit in Paris.

Peace and Joy to you,

P.S. I also just wanted to share this photo of my daughter Lucette at the Sydney March. You are never too young to stand up for what you believe in!  To see more photos from the marches please visit our facebook page.