What an exciting time to be working in the Catholic Church! As you can imagine, the last six weeks have been extremely busy for our Catholic Earthcare team. Since Pope Francis released Laudato si’ on June 18, we have been flooded with media enquiries and requests to speak at events.

There has been a high level of media interest in Laudato si’ and Jacqui has appeared on a number of radio programs, including: 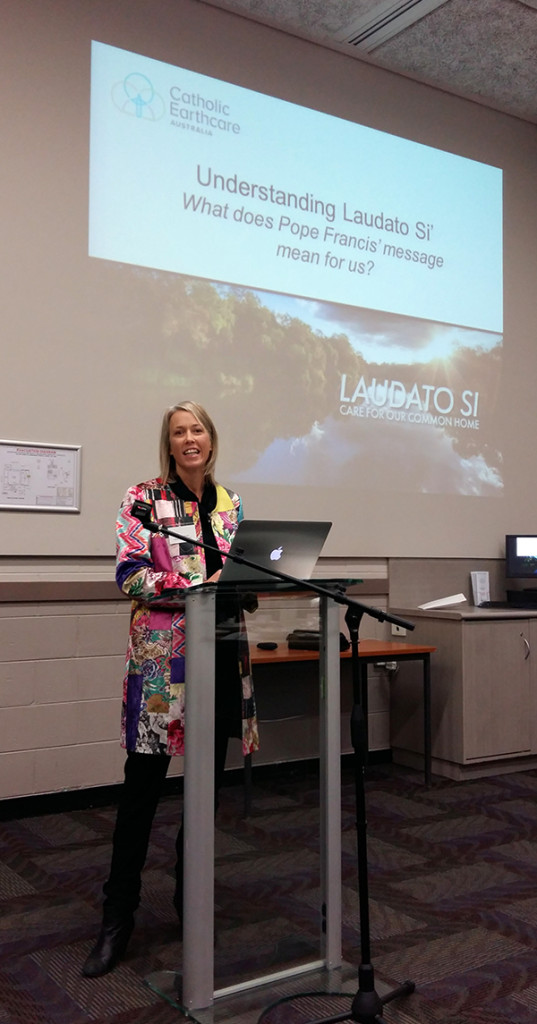 Catholic Earthcare have been invited all over the country to speak at events, including:

So, as you can see we have been rather busy – and there is a lot more coming up. However we feel blessed to be working in this space at such an exciting time. Laudato si’ is one of the most powerful and inspirational documents to come out of the Catholic Church in our lifetime, and it has been so encouraging to see the huge response here in Australia.

If you are interested in having a Catholic Earthcare team member attend an event or speak on Laudato Si’, please email us at admin@catholicearthcare.org.au.