Reflection on the Gospel: 3rd Sunday of Advent Year B

The first section of today’s gospel reading comes from the prologue of John’s gospel and offers comment on the identity of John the Baptizer. The second section revolves around a question that has already been answered in the prologue. In other words, the reader knows the answer to the question posed by the characters in the second section. The prologue presents John the baptizer as one “sent from God”. He is not “the light”; he is rather a “witness” whose role is to testify to “the light”.  The true light [Jesus] was “coming into the world”. As we proclaim Jesus as “the light”, we might take time to appreciate the wonder and the properties of the material reality that informs this metaphor.

In the face of less than friendly questioning, John the baptizer responds simply and honestly to questions about his identity. The questions in this second section of the reading are relentless and John’s responses are unambiguous. He is not the Messiah/the Christ, the Anointed of God. He is not the prophet Elijah that some identified with God’s messenger of Malachi 3:1-3 who would return and restore the “descendants of Levi” He is not the prophet-like-Moses of Deuteronomy 15. He states his identity with reference to the words of the prophet Isaiah: he is the voice crying out in the wilderness, inviting God’s people to prepare the way for God’s advent, God’s coming.

John knows who he is. He understands the parameters of his mission and he points his questioners in the direction of the truth. His role is  pivotal in the story of God’s saving action and in the unfolding of the drama of the fourth gospel. It is worth asking how we might answer the question that the priests and Levites put to John on behalf of the Jerusalem “Jews”: “Who are you?” If we can honestly answer that question, if we can admit who we are with all our strengths and weaknesses, if we can know our place in the scheme of things and own it in all humility, then we are probably in a good position to recognise and, like John, witness to the “one who is coming”, the light of the world, the revelation of God, the Word who became flesh and tented amongst us. For many of us, pandemic time has sharpened our awareness of who we are and how we are called to be.

A caution is in order regarding this reading: not only the opponents of Jesus but most of the actors in the gospel drama are Jewish. The group of characters specifically named as “the Jews” includes some influential members of the Jewish religious leadership, but cannot be identified with them because it comprises a more extensive group who are consistently in conflict with Jesus. It would be a serious disservice to the gospel to condemn the Jewish people on the basis of this and similar stories of Jewish opposition to Jesus. 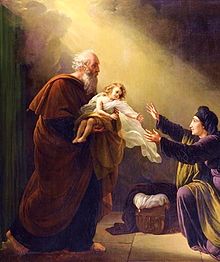